500.000 tulips in bloom during the 3rd edition of Tulip Festival Amsterdam. A tulip for every Amsterdammer

For the third year in a row Amsterdam will start the spring enveloped in a frenzy of colour. During the Tulip Festival 2017 (1st April – 14th May) more than 500,000 tulips, over 60 locations throughout the capital, will be on display for the public to marvel at. Hundreds of varieties of tulip, in all colours, dominate the streets, squares and embankments across the different neighbourhoods of the city. And hotels and museums invite visitors into their specially designed tulip gardens. There is a beautiful information booklet available, including maps, details of participants, locations and tulip varieties. This guide is available from all participating organisations.

The ́red tulip carpet ́ will be emblematic of the Amsterdam Tulip Festival 2017. From April 1st, tens of thousands of tulips will unroll from Central Station and lead walkers and cyclists along their route from Stationsplein, along the Damrak, the Dam and the Rokin all the way down to the Munt.

Drawn on by the Tulip Festival motto ́a tulip for every Amsterdammer ́ more tulips than ever can be admired in April 2017 at various new locations. Amongst them the Rembrandplein, IJburg, de Corn. Schuytstraat, shopping centre Gelderlandplein, different harbour locations (including Passenger Terminal), metro stations and hotel locations such as the Amstel Hotel, Pulitzer and Tropenhotel.

Tulips of all shapes and sizes

In the Autumn of 2016 tulip bulbs were planted in the ground at diverse locations, for other spots potted tulip displays were designed. The tulips in pots bloom from April 1st onwards, as the gardener is able to influence the growing process in many ways. For the tulips planted directly in the ground, when and where they will bloom first is very much a question of ́wait and see ́. Only the weather gods can influence those results! For the last two years the blooming period went on until the middle of May, which is why Amsterdam Tulip Festival 2017 has been extended and now runs April 1st – May 14th. Once the festival has started the locations where the flowers have begun to bloom will be shown on the website.

The founder of the Tulip Festival is garden designer Saskia Albrecht. It is her ambition to reintroduce the tulip to the streets of Amsterdam. Amsterdam has long been reputed to be a tulip city, however over the last several decades that has rarely been reflected in the public spaces. When Saskia Albrecht visited the famous tulip festival in Istanbul – where every year the council plants some 14 million tulip bulbs – she returned inspired, and the idea of setting up a festival of similar size in Amsterdam was born: with a tulip for every Amsterdammer. That amounts to at least 830,000 tulips, a dream that will one day be realised. 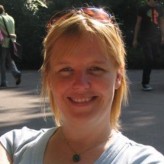