Apart from tulips, The Netherlands is also known because of water. After all, most of the country would flood if there were neither dikes nor dunes. The main Dutch airport “Schiphol” resides approx. 11 ft. below the sea level at the bottom of the former lake  “Haarlemmermeer” (translated: Lake of city of Haarlem). The Cruquius Museum played around 1850 a very important role as one of the pumping stations to reclaim the land. As a result it still needs effort to keep this lake dry allowing planes to land and to depart.

The reclamation of Haarlemmermeer by means of steam power marks the breakthrough of the Industrial Revolution in the Netherlands. In 1932, the governement decommissioned the pumping station Cruquius. Consequently the Dutch Royal Institute of Engineers adopted the building and engine as the “Cruquius Museum” to save it from demolition. In addition they replaced the steam boilers with an exhibition about the age-old Dutch battle against the water.

The museum opened back in 1936 which made “de Cruquius” pumping station one of the first technical museums in the world. The engine room, unchanged since 1849, is a miracle of Victorian Technology. Because the main cylinder has a diameter of 12 ft it is known as worlds’ largest steam engine! In addition the models of windmills, steam engines and various pumps, polder models, old maps and prints provide an excellent overview of the Dutch struggle against the water. Furthermore a large water model shows what the Netherlands would look like without dikes and what damage a storm flood can cause. Hence the building and the engine room are part of the Dutch National Heritage.

No visit to Cruquius Museum is complete without a full demonstration of the largest steam engine in the world! Most of all it is quite impressive to see how this massive machine with counterweights of over 220.000 lbs. could reclaim the lake. In 1852 the engine could drain up to 85000 gal. of water per minute.

The Cruquius Museum offers private guided tours for groups (max 16 persons) in English, French, German and Dutch. These guided tours need to be booked in advance. In addition you can specify if you prefer the regular historical tour or a more technical tour. Still good to know that tours can be conducted outside the opening hours of the museum. Therefore please inquire in advance for availability by email or phone.

The Cruquius museum is accessible to wheelchair users. The opening hours can be found at the museum website. Phone: +31-23 528 5704

How to get there

The museum is situated halfway between Amsterdam and The Keukenhof. 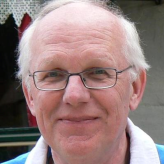